Mobile Senegal‬ was the first to organize its Mobile Youth Camp as part of ‪‎Mladiinfo‬ ‪MYouth‬ Project. Six teams were selected to participate in the Mobile Camp. The six apps focused on health, education, transportation, environment and business. The camp was organized around lectures on entrepreneurship, apps made in Senegal, Design Thinking and User Experience (UX) Design. Participants attended mentoring sessions on the technical aspect of their mobile applications and pitching in French and English.

Mentors and speakers came from structures such as the US State Department (Fulbright), the Ministry of the Environment, People Input, Microcred, mLouma, Novotech, PayDunya, UCAD and Voxygen. They kindly gave their time to share their experiences, give advice to the participants and help them prepare their pitches.

The winners will take part in the European Youth Award (EYA) in Austria and in an Android training in Macedonia with the winners of the other countries.

The first prize was awarded to MeeLearn. MeeLearn is a set of interactive games for pupils from the 1st grade to K12. It allows them to learn and test their knowledge in mathematics, French, English, physics, chemistry and biology. Surprisingly, the team behind MeeLearn ­, Frederick H. E. GABA, Florentio Ulrich DE SOUZA, Laurel O. GBENAFA and Oliver NDECKI ­ was formed following a meeting at the HackXplore hackathon at the Forum Mondiale de la Langue Française in Belgium. 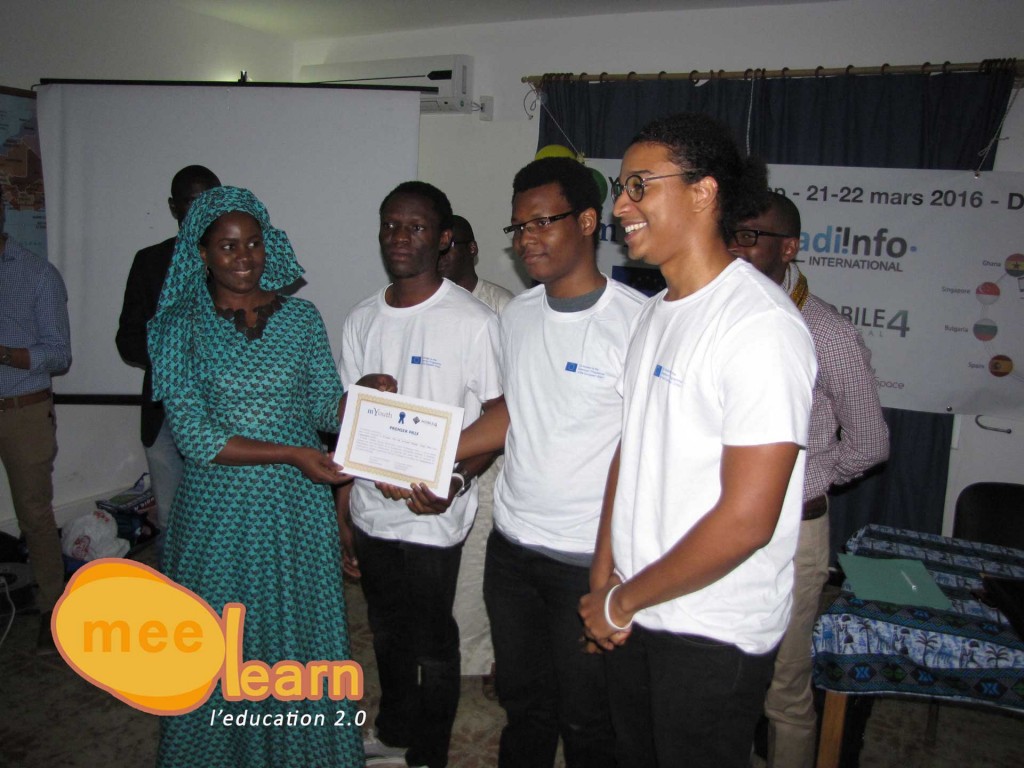 The second prize was awarded to Andando, a mobile platform for carpooling that reduces travel costs and contributes to preserving the environment. Andando is a mobile application developed by students from UCAD. 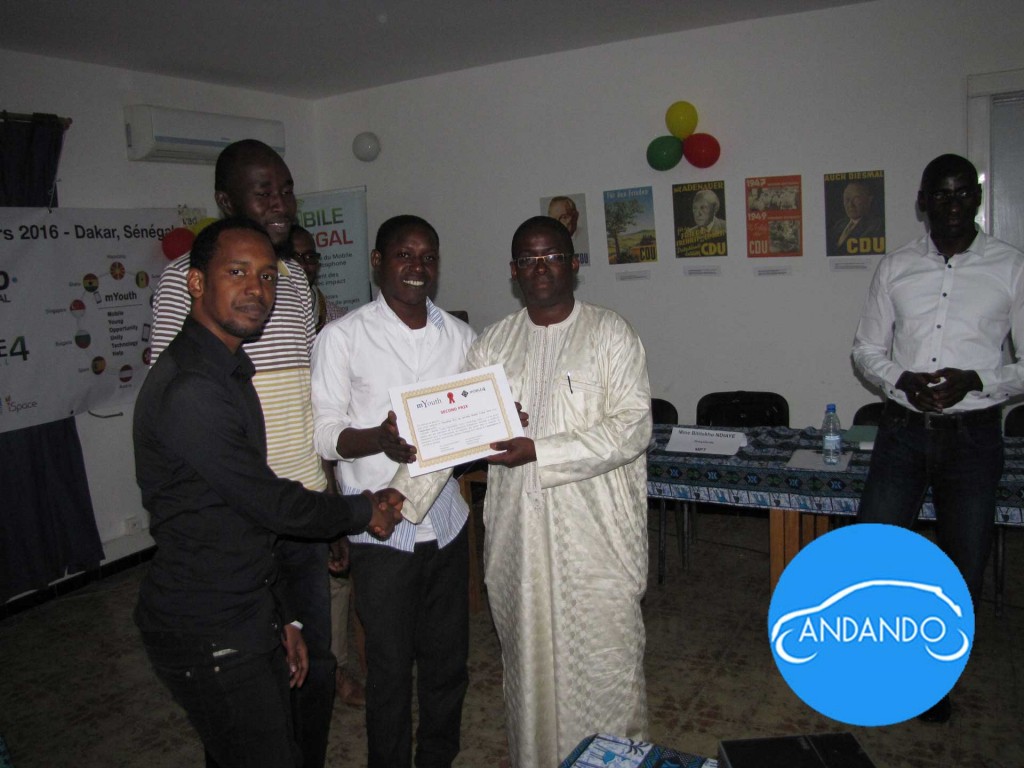 This is just the beginning of mYouth! The teams are benefiting from mentoring to enhance their mobile applications, distribute them in Google Play, market them and participate in international competitions.